Prompted by a colleague, I created a high-resolution version of the Cosmic Microwave Background map in MollWeide projection released by the Planck collaboration, available on the Planck Data Release Website in FITS format.

Update: previous version had grayed out pixels in the galactic plane represents the fraction of the sky that is not possible to reconstruct due to bright galactic sources. The last version uses inpainting to create a constrained CMB realization with the same statistics as the observed CMB to fill the unobserved pixels, more details in the Planck Explanatory Supplement. 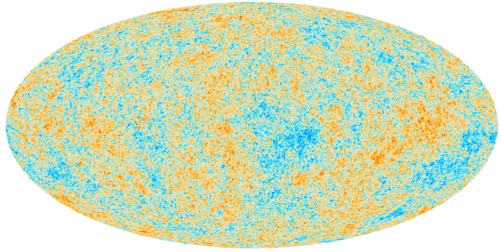